I created a class with modifier public, Later on I removed the modifier.Prior to changing the modifier, everything was running fine. But after I changed the modifier and run the code, the instance of that class could not be created and gave the following error: 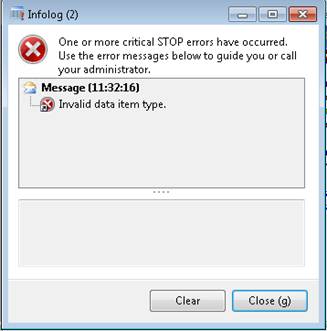 Now I am trying to duplicate the same class or create a new class with a new name, but then also same error is being thrown.
I have cleared the caches, reset the usage data and have reopened the AX env. But it has not helped.
Please help to resolve the issue.

Could you show us the class declaration and methods? That would be easy to understand. Probably the issue is with data type mismatch.