I need an idea from you, in General ledger there is a job to import exchange rates from a provider.

Ax is receiving an xml and parses it and updates the currencies.

In test environment it works in production it doesn’t work. It is the same code, same configuration.

I have tried to do the call from a test application in visual studio on the production environment and it works there. Also I am able to open the xml from internet explorer, meaning it is not a firewall issue.

My guess is something with the encoding, but I am not sure, since nothing is changed and it works on the test environment. 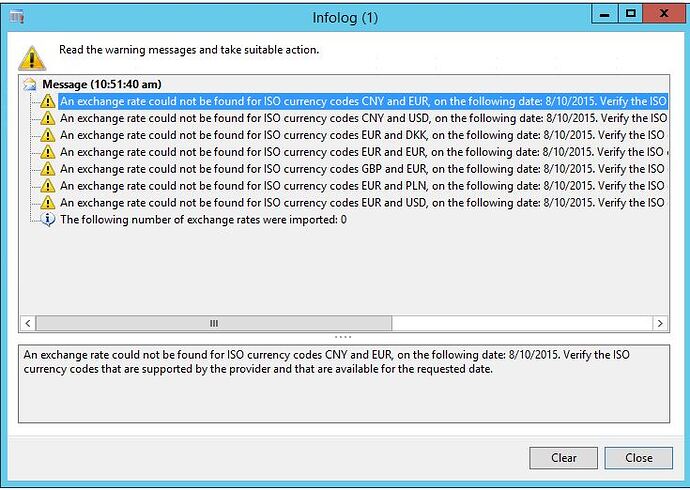 I found the issue, it was data related. Somebody I hope by mistake or “clever enough” has put the ISO code of the CZK currency to EUR. So the CZK currency was always selected, but never found in the currency pairs table, so nothing was imported because of this.